Question 8: Many young people enjoy______ football and other kinds of sports.

Question 11: She doesn’t feel confident at interviews______ her English is not very good.

A. as soon as he returned

B. until I saw him

C. when he returns

D. after I’d seen him

Question 14: It can be an amazing experience for those who have the______ to leave their family and friends to live in a new place.

Question 15: People are advised to______ smoking because of its harm to their health.

B. cut down on

Question 17: He gave me his personal______ that his draft would be ready by Friday.

Question 18: The company is moving its headquarters to a new______ with better links to the airport.

A. through and through

B. once for all

D. over and over

Question 21: I like to take things easy when I’m on holiday.

Question 22: They would never admit that they made a serious mistake during the experiment.

Question 23: Julia is on the horns of the dilemma: she just wonders whether to go for a picnic with her friends or to stay at home with her family.

A. able to make a choice

B. unwilling to make a decision

C. eager to make a plan

D. unready to make up her mind

Mark the letter A, B, C, or D on your answer sheet to indicate the sentence that best completes each of the following exchanges.

Question 24: Jane is showing a picture of her house to Linda.

B. Thank you. Hope you will drop in.

C. You can say that again.

D. Of course it is lovely.

A. Sorry to hear that.

D. How many colours?

Read the following passage and mark the letter A, B, C, or D on your answer sheet to indicate the correct word or phrase that best fits each of the numbered blanks from 26 to 30.

Choosing which university fits your interests and academic background is an important decision (26) ______ will greatly influence the success of your university study. People attend university for different reasons, so ask yourself what you want from your target university and what you want to do after you graduate. Many people attend top universities because of the prestige without (27) ______ their choice of future career. If you have interest in a particular career, you should find universities with a better reputation for your career choice than (28) ______.

Your personality types also play an important (29) ______ in your success as a university student. A scholarly type student usually has self-motivation to work hard in order to pass exams and achieve high grades. (30) ______, if you are not a type of person who can study for hours and getting top grades is not your main priority, you had better go to a university with a more laid-back academic environment so that you will not be stressful all the time and can enjoy your life at university.

D. As a result

Read the following passage and mark the letter A, B, C, or D on your answer sheet to indicate the correct answer to each of the questions from 31 to 35.

Global sea level has been rising over the past century, and the rate has increased in recent decades. In 2014, global sea level was 2.6 inches above the 1993 average - the highest annual average in the satellite record (1993-present). Sea level continues to rise at a rate of about one-eighth of an inch per year.

The two major causes of global sea level rise are thermal expansion caused by warming of the ocean since water expands as it warms and increased melting of land-based ice, such as glaciers and ice sheets. The oceans are absorbing more than 90 percent of the increased atmospheric heat associated with emissions from human activity.

With continued ocean and atmospheric warming, sea levels will likely rise for many centuries at rates higher than those of the current century.  In the United States, almost 40 percent of the population lives in relatively high-population-density coastal areas, where sea level plays a part in flooding, shoreline erosion, and hazards from storms. Globally, eight of the world's 10 largest cities are near a coast, according to the U.N. Atlas of the Oceans.

Question 31: Which of the following could be the main idea of the passage?

B. Sea level and emissions from human activity

D. Sea level and its effects on the world’s 10 largest cities

Question 34: Which of the following statements is TRUE according to the last paragraph?

A. Sea levels will likely rise for many centuries at rates of the current century.

B. Nearly 40 percent of the population of the U.S lives in densely populated coastal areas.

C. Sea level has no relation to flooding, shoreline erosion, and hazards from storms.

D. Sea level rise will only affect the world’s largest cities near the coast.

A. a sci-fi document

B. a personal essay

Read the following passage and mark the letter A, B, C, or D on your answer sheet to indicate the correct answer to each of the questions from 36 to 42.

Developing a vaccine to Sars-CoV-2 is seen as the fast way to a return to normal life. That’s why the health secretary, Matt Hancock, said the UK was “throwing everything at it”. However, while trials have been launched, ministers and their advisers have become noticeably more cautious in recent days. Earlier this week, England’s deputy chief medical officer said the words nobody wanted to hear: “We can’t be sure we will get a vaccine.”

More than 30 years after scientists isolated HIV, the virus that causes AIDS, we have no vaccine. The dengue fever virus was identified in 1943, but the first vaccine was approved only last year. The fastest vaccine ever developed was for mumps. It took four years. Scientists have worked on coronavirus vaccines before, so they are not starting from scratch. Two coronaviruses have caused deadly outbreaks before, namely SARS and MERS, and vaccine research went ahead for both. However, none has been licensed, partly because SARS fizzled out and MERS is regional to the Middle East. The lessons learned will help scientists create a vaccine for Sars-CoV-2, but there is still an awful lot to learn about the virus.

A chief concern is that coronaviruses do not tend to trigger long-lasting immunity. About a quarter of common colds are caused by human coronaviruses, but the immune response fades so rapidly that people can become reinfected the next year. Last week, scientists at Rockefeller University in New York found that most people who recovered from COVID-19 without going into hospital did not make many killer antibodies against the virus. “That’s what is particularly challenging,” says Stanley Perlman, a veteran coronavirus researcher at the University of Iowa. If a vaccine only protects for a year, the virus will be with us for some time.

The genetic stability of the virus matters too. The rapid evolution of HIV is a major reason we have no vaccine for the disease. So far, the Sars-CoV-2 coronavirus seems fairly stable, but it is acquiring mutations, as all viruses do. Martin Hibberd, professor of emerging infectious diseases at the London School of Hygiene and Tropical Medicine, called them “an early warning”.

Question 36: Which could be the best title of the passage?

A. Features of Coronavirus Vaccine

B. The Improbability of Getting Coronavirus Vaccine

C. The Spread of Coronavirus in the UK

Question 37: Why does the author mention HIV, dengue fever virus and the vaccine for mumps in paragraph 2?

A. To explain that it takes a long time to develop a vaccine

B. To show that Coronavirus is more dangerous than other viruses

C. To prove that all types of diseases have had their own vaccines

D. To show that scientists have worked hard to develop vaccines for over 30 years

A. SARS and MERS

B. HIV and dengue fever virus

Question 40: Which of the following statements is TRUE, according to the passage?

A. About 25 per cent of common colds are caused by viruses.

B. Vaccines for SARS and MERS were approved some time ago.

C. This is the first time scientists have worked on coronavirus vaccines.

D. The genetic stability of the virus affects the development of a vaccine for it.

Question 41: The word “mutations” in the last paragraph is closest in meaning to______.

Question 42: According to the passage, which of the following diseases is NOT caused by a Coronavirus?

Question 43: What I told her a few days ago were not the solution to most of her problems.

Question 44: The children are keen on playing computer games, watching cartoons, and sometimes go for a picnic in the park.

Question 45: Earth Hour is a worldwide event organizing to raise people’s awareness about the need to take action on climate change.

Question 46: My house is the same height as his.

A. His house is higher than mine.

B. His house isn’t as high as mine.

C. My house is as high as his.

D. My house is higher than his.

A. Mark said that he would be there for five days.

B. Mark said that he would be here for five days.

C. Mark said that they were there five days ago.

D. Mark said that they would be there for five days.

Question 48: There’s now no possibility that he will pass the driving test.

B. He needn’t pass the driving test.

C. He can pass the driving test easily.

D. He may not pass the driving test.

Question 49: I don't mind if you come home late. However, you must come in quietly.

A. I don't mind if you come home late as long as you come in quietly.

B. I don't mind if you come home late unless you come in quietly.

C. I don't mind if you come home late so you come in quietly.

D. I don't mind if you come home late since you come in quietly.

Question 50: She had some shocking words on her Instagram. Then, everyone knew her.

A. Not until she had some shocking words on her Instagram, everyone knew her.

B. Only when she had some shocking words on her Instagram did everyone know her.

C. Only when she had some shocking words on her Instagram, everyone knew her.

D. Only after she had some shocking words on her Instagram, everyone knew her 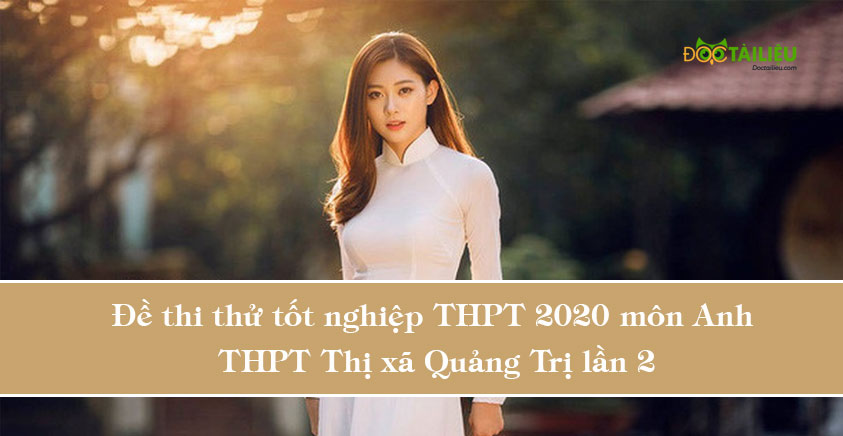 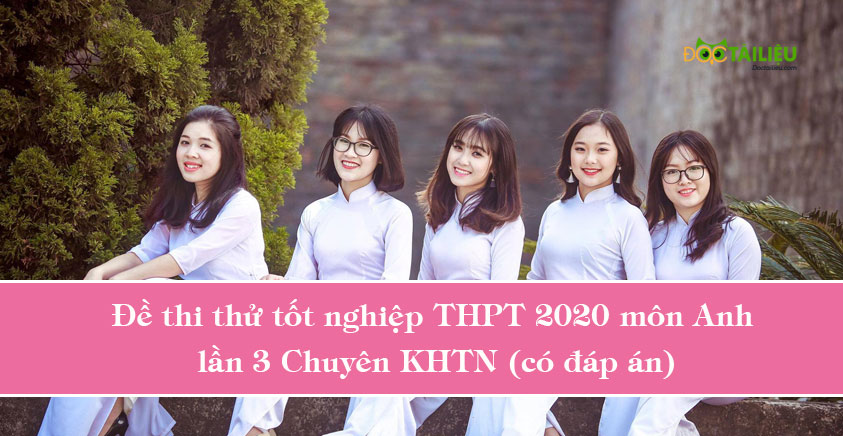 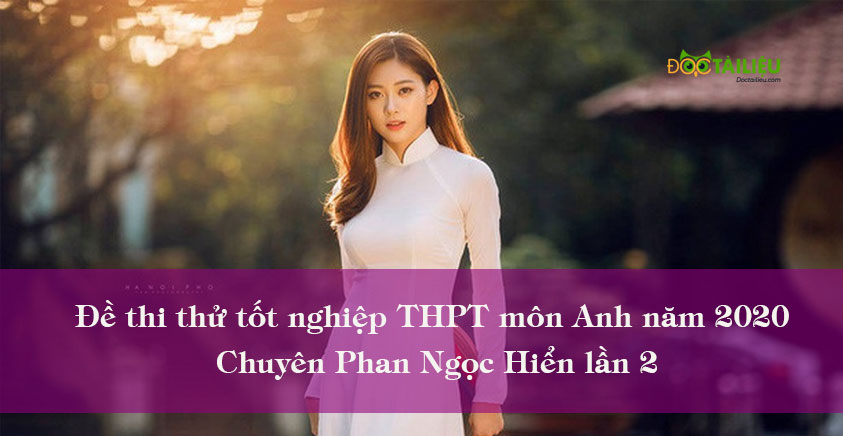