Mark the letter A, B, C, or D to indicate the word whose underlined part differs from the other three in pronunciation in each of the following questions.

Mark the letter A, B, C or D to indicate the word that differs from the other three in the position of the primary stress in each of the following questions.

Mark the letter A, B, C or D to indicate the word(s) CLOSEST in meaning to the underlined word(s) in each of the following questions.

Question 5: We can use either verbal or non-verbal forms of communication.

Question 6: We are a very close- knit family.

Mark the letter A, B, C or D to indicate the word(s) OPPOSITE in meaning to the underlined word(s) in each of the following questions.

Question 7: They believe that life will be far better than it is today, so they tend to look on the bright side in any circumstance.

Question 8: English is a compulsory. subject in most of the schools in Vietnam.

Mark the letter A, B, C, or D to show the underlined part that need correction in each of the following sentences.

Question 9: Today the (A) number of people (B) whom enjoy winter sports (C) is almost double (D) that of twenty years ago.

Question 11: (A) The novelist Shirley Hazzard is noted (B) for the insight, poetic style, and (C) sensitive she (D) demonstrates in her works.

Mark the letter A, B, C, or D to indicate the most suitable response to complete each of the following exchanges.

Question 12: Two friends Diana and Anne are talking with each other about their shopping.
-Diana: “Look at this catalog, Anne. I think l want to get this red blouse”.
-Anne: “     ”.

Question 13: Henry is talking to his mother.

Mark the letter A, B, C, or D to indicate the best answer to each of the following questions.

Question 14: In many families, the most important decisions are___by many women.

Question 15: Each of us must take___for our own actions.

Question 16: Thanks to the women's liberation, women can take part in     activities.

Question 18:___ , Nam Cao is a realistic writer, but he still used a lot of romance in his stories.

Question 20: We live in a large house in     middle of the village.

Question 21: If Tom____an alarm, the thieves wouldn't have broken into his house.

Question 22: My English teacher, Mrs.Jane,  was the person     I had great respect.

Question 24: When my mother is busy preparing  dinner,  my  father  often  gives  her  a hand     the housework.

Question  25:  UNESCO  was  established  to encourage collaboration     nations in the areas     education, science, culture, and communication.

Mark the letter A, B, C, or D to indicate the sentence that is closest in meaning to each of the following questions.

Question 26: “Sorry, we're late. It took us ages to look for a parking place” said John.

Question 27: People say that he won a lot of money on the Vietlott.

Question 28: I have never played golf before.

Mark the letter A, B, C, or D to indicate the sentence that best combines each pair of sentences in the following questions.

Question 29: My grandparents’ lake house was built in 1953. It was completely destroyed by the forest fire.

Question 30: Her living conditions were difficult. However, she studied very well.

Read the following passage and mark the letter A, B, C, or D to indicate the correct word or phrase that best fits each of the numbered blanks from 31 to 35.

School exams are, generally speaking, the first kind of tests we take. They find out (31)___much knowledge we have gained. But do they really show how intelligent we are? After all, isn't it a fact that some people who are very successful academically don't have any common sense?

Intelligence is the speed at which we can understand and react to new situations and it is usually tested by logic puzzles. (32)____scientists are now preparing advanced computer technology that will be able to “read” our brains, for the present, tests are still the most popular ways of measuring intelligence.

People taking the tests are judged in relation to an average score of 100, and those (35) ___score over l48 are entitled to join Mensa. This works out at 2% of the population.

Read the Following passage and mark the letter A, B, C, or D to indicate the correct answer to each of the questions from 36 to 42.

Although speech is the most advanced form of communication, there are many ways of communicating without using speech. Signals, signs, symbols, and gestures may be found in every known culture. The basic function of signal is to impinge upon the environment in such a way that it attracts attention, for example, the dots and dashes of a telegraph circuit. Coded to refer to speech, the potential for communication is really great. Less adaptable to the codification of words, signs also contain meaning in and of themselves. A stop sign or barber pole conveys meaning quickly and conveniently. Symbols are more difficult to describe than either signals or signs because of their intricate relationship with the receiver’s cultural perceptions. In some culture, applauding in a theater provides performers with an auditory symbol of approval. Gestures such as waving and handshaking also convey certain cultural messages.

Although signals, signs, symbols, and gestures are very useful, they do have a major disadvantage. They usually do not allow ideas to be shared without the sender being directly adjacent to the receiver. As a result, means of communication intended to be used for long distances and extended periods are based upon speech. Radio, television, and the telephone are only a few.

Question 36: Which of the following would be the best title for the passage?

Question 37: What does the author say about the speech?

Question 42: Why were the telephone, radio, and the television invented?

Read the following passage and mark the letter A, B, C, or D to indicate the correct answer to each of the questions from 43 to 50.

It is commonly believed in the United States that school is where people go to get an education. Nevertheless, it has been said that today children interrupt their education to go to school. The distinction between schooling and education implied by this remark is important.

Education is much more open-ended and all-inclusive than schooling. Education knows no bounds. It can take place anywhere, whether in the shower or on the job, whether in a kitchen or on a tractor. It includes both the formal learning that takes place in schools and the whole universe of informal learning. The agents of education can range from a revered grandparent to the people debating politics on the radio, from a child to a distinguished scientist. Whereas schooling has a certain predictability, education quite often produces surprises. A chance conversation with a stranger may lead a person to discover how little is known of other religions. People are engaged in education in infancy. Education, then, is a very broad, inclusive term. It is a lifelong process, a process that starts long before the start of school, and one that should be an integral part of one's entire life.

Schooling, on the other hand, is a specific, formalized process, whose general pattern varies little from one setting to the next. Throughout a country, children arrive at school at approximately the same time, take assigned seats, are taught by an adult, use similar textbooks, do homework, take exams, and so on. The slices of reality that are to be learned, whether they are the alphabet or an understanding of the workings of government, have usually been limited by the boundaries of the subjects being taught. For example, high school students know that they are not likely to find out in their classes the truth about political problems in their communities or what the newest filmmakers are experimenting with. There are definite conditions surrounding the formalized process of schooling.

Question 43: What is the main idea of the passage?

A.    The best school teach a wide variety of subject.
B.    Education and schooling are quite different experiences.
C.    Students benefit from schools, which require long hours and homework.
D.    The more years students go to school, the better their education is.

Question 44: What does the author probably mean by using the expression “children interrupt their education to go to school” in paragraph 1?

A.    Going to several different schools is educationally beneficial.
B.    School vacations interrupt the continuity of the school year.
C.    Summer school makes the school year too long.
D.    All of people's life is an education.

Question 47: The phrase “For example” in paragraph 3, introduces a sentence that gives examples of     .

Question 48: The passage support which of the following conclusions?

A.    Without formal education, people would remain ignorant.
B.    Education systems need to be radically reformed.
C.    Going to school is only part of how people become educated.
D.    Education involves many years of professional training.

Question 49: The passage is organized by___.

A.    listing and discussing several educational problems.
B.    contrasting the meanings of two related words.
C.    narrating a story about excellent teacher.
D.    giving examples of different kinds of schools. 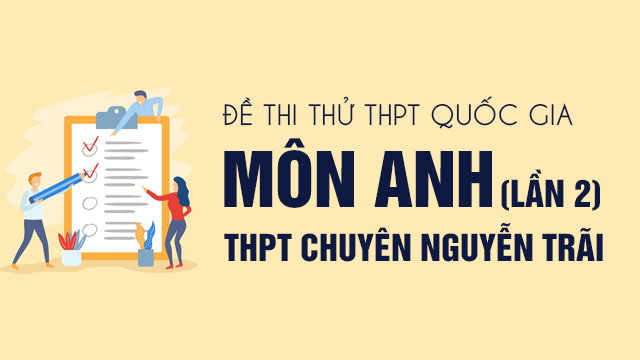 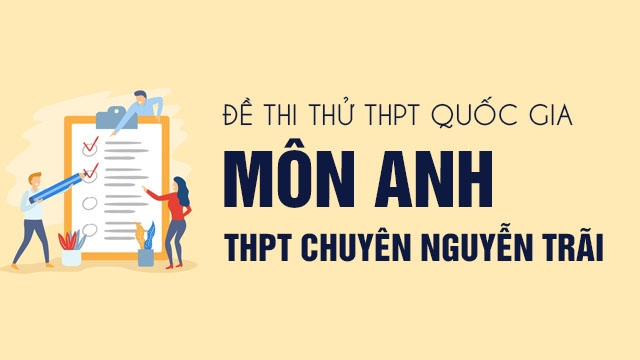 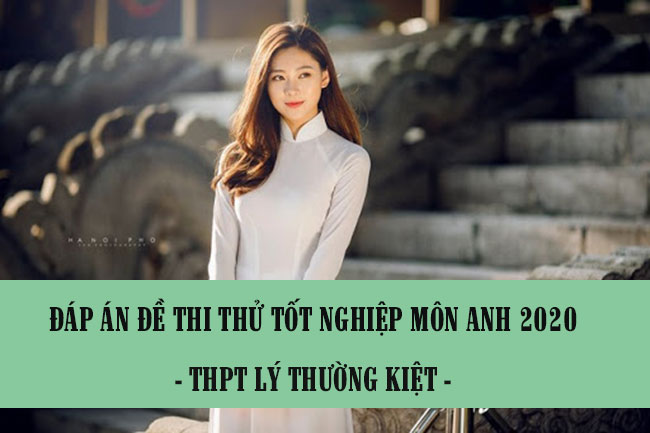