Mark the letter A, B, C or D on your answer sheet to indicate the correct answer that best completes each unfinished sentence; best substitutes the underlined part; or has the same meaning to the sentence given.

Câu 3: The Internet has ________ developed and become part of our everyday life.

Câu 4: The film excited us all a lot.

A. We were exciting about all of the film.

B. The film made all of us a lot exciting.

D. All of us were excited about the film.

Câu 10: My father _______ the TV whenever advertisements appear. They are annoying to him.

Câu 11: The children were bored with staying indoors.

A. The children never stayed indoors.

A. I go there early

B. Everyday except Sunday

D. I go there by bus

Câu 17: What benefits does TV bring about to people's life?

Câu 18: Despite being very busy, he often plays tennis.

A. He is busy, so he doesn't often play tennis.

B. Because he is very busy, he often plays tennis.

C. He is very busy, but he often plays tennis.

D. Although he was very busy, he often plays tennis.

A. whether he was leaving

B. if he would leave

C. what he will leave

D. that he would leave

Câu 22: Throwing trash onto the water can directly ______harm to people's health and kill fish.

Câu 23: I like wearing jeans because their material is very strong and does not _____ out easily.

Read the following passage and mark the letter A, B, C or D on your answer sheet to indicate the correct word(s) for each of the blanks.

Every season there are new clothes and new fashions in the shops. Colours and styles keep (24)_________. One season black is the 'in' colour, but the next season everyone is wearing orange or pink or grey. The length of women's skirts goes up and down from year to year. A shirt (25) you once thought was very trendy can look (26)____old-fashioned a few years later. And your father's shirts, you always thought were very conservative and traditional, can suddenly become (27)____. Keeping up with the fashions can be very expensive. So one way to save money is never to throw your old clothes out. If you wait long enough, the clothes are out of fashion today will be (28)_____ in fashion tomorrow. Yesterday's clothes are tomorrow's new fashions.

Mark the letter A, B, C or D on your answer sheet to indicate the word that differs from the rest in the position of the main stress in each of the following questions.

One of the most devastating forces on Earth is a hurricane. A hurricane begins as a tropical storm. The storm winds blow in circles around a center, called the "eye." Gradually, the winds get stronger and stronger. A tropical storm becomes a hurricane when the winds are 120 kilometers per hour or more.

The word "hurricane" comes from Huracan, an evil god of a Central American Indian tribe. In other parts of the world, hurricanes are known by different names. In East Asia, they are usually called typhoons, from the Chinese tai-feng, meaning "great wind." In Bangladesh, Pakistan, India, and Australia, they are known as cyclones. Finally, in the Philippines, they are called baguios.

Few things in nature have as much power as hurricanes. They can destroy coastal areas with heavy rains and winds of 250 kilometers per hour or more. Sometimes a hurricane causes the ocean to flood onto land in an event called a storm surge. The total power of a hurricane may be equal to 10,000 nuclear bombs.

Câu 32: According to the passage, which of the following is TRUE?

A. Hurricanes always cause a storm surge.

B. Hurricanes have winds of 120 kilometers per hour or higher.

D. Hurricanes are most common in Central America.

Câu 34: The dangers of a hurricane include the following EXCEPT

Câu 35: Which of the following is the best title for the passage?

A. How To Prepare For A Hurricane

B. Some Facts About Hurricanes

C. The Biggest Hurricanes In History

D. The Difference Between Tropical Storms And Hurricanes

Mark the letter A, B, C or D on your answer sheet to indicate the underlined part that needs correcting.

Câu 36: The doctor advised him to avoid eating fatty foods, having more fresh vegetables and drink much water.

Câu 37: We are going to visit the school next week where we studied and lived in when we were young.

Câu 38: Unless we bum garbage, the air will be badly polluted. Therefore, I think the best way to reduce trash is to reuse and recycle things.

Mark the letter A, B, C or D on your answer sheet to indicate the word whose underlined part is pronounced differently from that of the rest in each of the following questions. 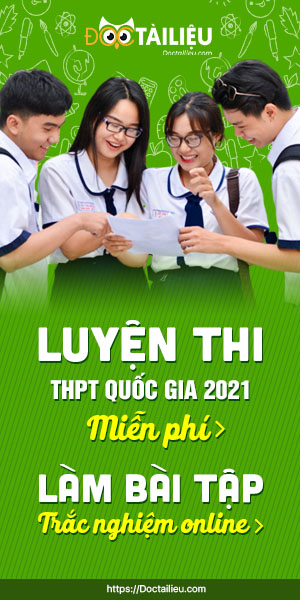